Choosing the components that comprise your solar system in the UK is a crucial decision. It may mean the difference between investing in a reliable system that makes a real contribution to reducing your living costs for years to come and having a lemon on your roof that causes nothing but headaches and takes years longer to pay for itself than you’d hoped.

The good thing is that the solar industry has now been around long enough that clear market leaders have emerged and it’s not hard to figure out what the leading brands are.

These brands aren’t that much more expensive than the rubbish brands and are definitely worth the small,  additional investment and will certainly pay for themselves in a very short time frame through greater production and lower maintenance costs. (And of course, less stress) 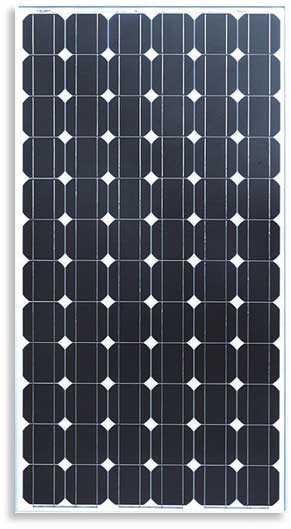 Solar panels are the core component of any solar power system in the UK, they collect photons from the sun and then turn them into DC electricity. 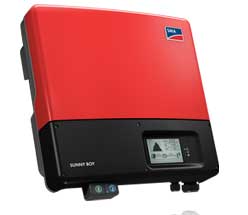 The solar inverter is responsible for taking the DC electricity generated by the panels and converting it into 240V AC electricity which can then be used by your appliances. The inverter also registers how much energy you’ve produced and some higher end models even allow you to connect to your computer via Bluetooth and view much more in depth information.

IMPORTANT: The inverter isn’t an area you want to skimp on as this is the first thing to fail in a poor quality system.

Over the last 3 years, thousands of homeowners have seen inferior quality inverters fail. As well as the hassle of having to call the installation company, who may or may not charge you to have it replaced (see Choosing a solar installer) you’ll also lose money as you may not realise straight away that the system isn’t working.

In this case, compare the solar inverter prices offered carefully. A few hundred dollars more to go for a good quality system would have been more than worth it. We recommend SMA and Power One Aurora, these two companies are far ahead of all others. You’ll find that these two brands are used most on utility scale solar systems.

Micro inverters are another form of technology that you may be offered in your quotes. They represent a small proportion of systems installed nationally and are best used in specific situations. Like anything, there are advantages and disadvantages in utilising this technology. 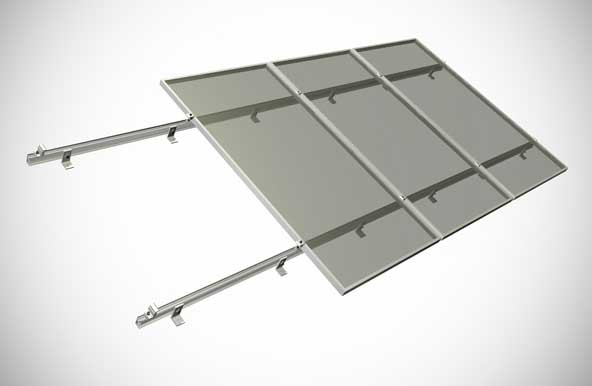 The solar panel mounting system is extremely important as this connects the system to your roof.

There are generally 2 ways of attaching a system to your roof and this depends on whether your roof is tin or tile.

Good quality systems in the UK include: Conergy, Clenergy, Grace, Unirac and Schletter.

The video below provides and excellent explanation of how mounting systems are installed on tile and tin roofs and the components involved.

Getting a Solar Power Quote from a MCS certified installer in your local area is easier than ever.

Proceed to get a quote now!